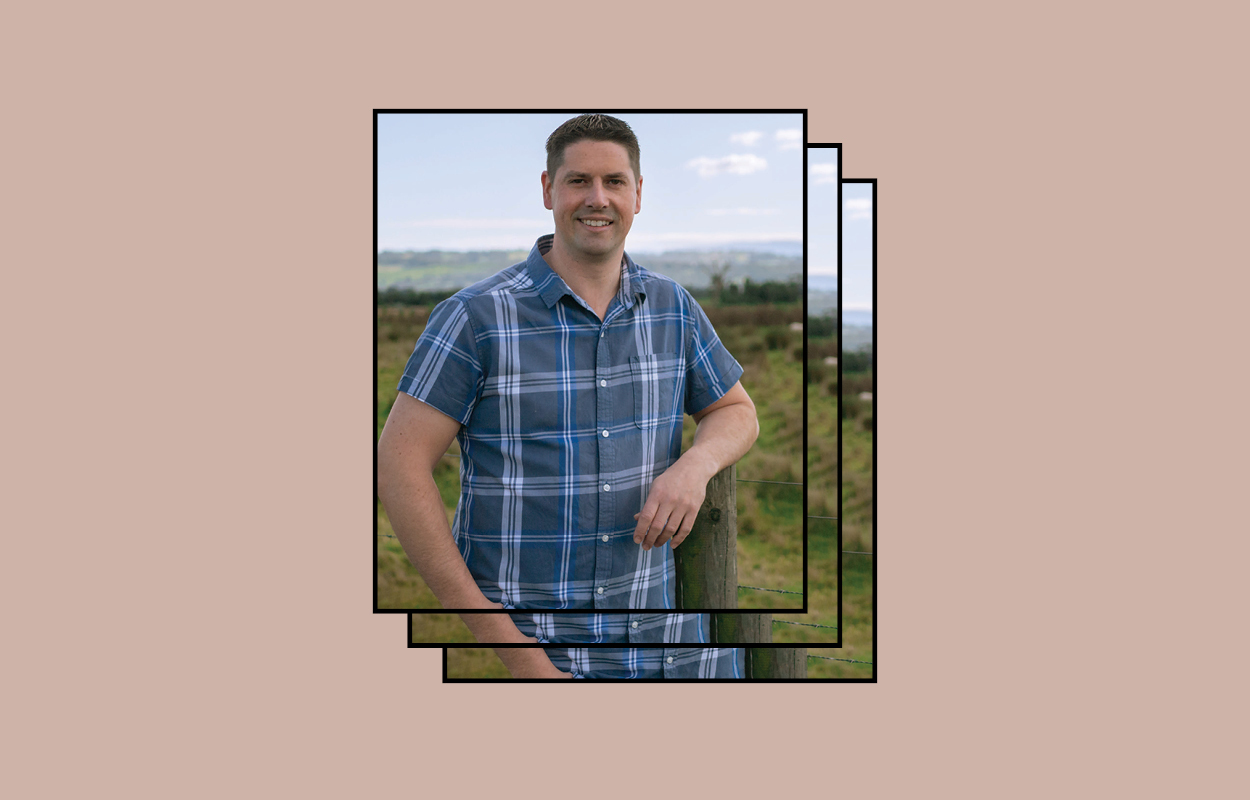 With the closure of Hazelwood and being locked out of the job market, Steve looked for a way forward.

I grew up in a quiet region of South Gippsland with clear skies and clean, fresh water. My days between schooling were spent going from one farm job to the next and playing with farm and native animals as pets. I grew to be very connected to the natural world and the land around me.

At times the environment could be harsh.

I remember living through severe drought on the farm, which meant limited showers and baths as the preservation of water was required for survival. I remember being envious visiting my friends who lived in built-up regional centres and were allowed to have deep baths at the end of the day — although I was also somewhat perplexed as to why they would want to waste so much water!

The practical mindset that growing up on a farm provides, combined with a desire to make better farm machinery, led me to study mechanical engineering. During this time, it was necessary to live in the city, but I couldn’t wait to escape back to the countryside once my studies were completed.

My wife was born and bred in the Latrobe Valley. After we were married and our attention turned to raising a family, we decided to settle in the Valley to be close to her family.

The Latrobe Valley also promised good work for a young engineer due to the presence of large industry.

After several years working as a design engineer, I took up an opportunity for a secondment at the Loy Yang B Power Station. The workers at the power station were intelligent and friendly members of the local community, and I really enjoyed getting to know them. It was there that I gained a new appreciation for the complexity of operating a power station.

In 2016, I took up a secondment to the Hazelwood Power Station as a project manager. However, in November that same year, Hazelwood announced its closure, and I found myself locked out of the job market for some time.

The closure of Hazelwood was a wake-up call for me. I began to connect the dots between the closure dates for the remaining power stations, the Paris agreement, and Victorian Government policy on renewables. It hit me that the power industry currently underpins the Latrobe Valley economy, and I worried that the closure of the industry would have a devastating impact on the Valley. It worried me that I would see businesses close, house prices plummet, and the jobs for us and our kids disappear entirely.

At the same time, I understood why the world was and is still committed to reducing carbon emissions. Even a relatively small average temperature increase could have devastating impacts. And so, I found myself wrestling with the conflicting notions of worrying about current and future jobs while not being able to escape that there was no point worrying about having a job if the planet dies because we didn’t reduce our carbon footprint in time.

We are facing huge challenges and changes, but I believe we can come together to develop an action plan for our energy transition.

I started to wonder about the opportunities for the Latrobe Valley that could come with a planned energy transition. Investing in renewable energy and low emissions projects could create more jobs than a business-as-usual scenario.

Locally I became aware of organisations such as the Latrobe Valley Community Power Hub, farmers doing great work reducing emissions and other commercial businesses uptaking renewables and other smart innovations.

Globally I could see that the world was changing, and I worried that if we didn’t take a proactive role in the energy transition, then new infrastructure and opportunities would be built elsewhere. And the Latrobe Valley will suffer as a result.

I looked for a path forward, and I found Communities Leading Change. The program equipped me with a suite of leadership tools and skills to facilitate conversations on transition and climate change. I made many friends and network connections that I never expected.

I hope to use these skills I developed to break down the taboo and awkwardness around conversations relating to the changes our world is undergoing.

Despite the great work many people are doing, there is no coordinated plan of action for a ‘just energy transition’ for the Latrobe Valley. Yet I think one of the superpowers country folk have is their ability to come together in times of challenge. We are facing huge challenges and changes, but I believe we can come together to develop an action plan for our energy transition.

While transitions can produce mixed feelings, they also represent significant opportunities for growth. Opportunities for us to celebrate our shared values and to bring the best of who we are into a new future.

If you want to be a part of the solution you can join us at: www.tinyurl.com/OurVoicesOurFu...

It is our stories that define us and the conversations we have that shape what we value and believe in. We all have fears and dreams, but it is our shared stories that bring us together.

The Communities Leading Change Project began as a partnership between Climate for Change and the Gippsland Climate Change Network in 2018, and was one of 24 projects across Victoria primarily funded through the Virtual Centre for Climate Change Innovation (VCCCI).

It was a community co-designed program that aimed to empower people in and around the Latrobe Valley, and with support engage other communities as a way of exploring the big questions around climate change and energy transitions with a local focus.

We provided two cohorts of workshops during 2019 for 33 local people from different backgrounds including the coal, renewable energy, and agricultural industries, health professionals and community workers, environmentalists, multicultural leaders, artists, students and more.

These local people facilitated small group conversations called “Conversations for Change”. It included about 185 community members over a seven-month period, and was undertaken over a shared meal. More than 60 hours of recorded conversations were collected. Quotes reflecting the main themes that came out of these discussions are scattered throughout this publication.

We found that most people were concerned about climate change as a serious and urgent threat (78%), while about 70% also believed that an energy transition in the Latrobe Valley was not happening fast enough. People had mixed feelings about the changes already happening and how the community could reach a just energy transition. However, people agreed the significant need for the community to be supported, come together, find solutions and put in concrete plans was essential to guarantee these future visions.

This special edition collects some of the stories and sentiments of people involved in, and engaged by, Communities Leading Change more widely. We hope it will inspire you to join us in bringing people of all backgrounds in the Latrobe Valley and surrounding areas together so we can build a strong community that has a voice and is active in building a prosperous, fair and sustainable future for all.